What I want you to know: when someone you love commits suicide 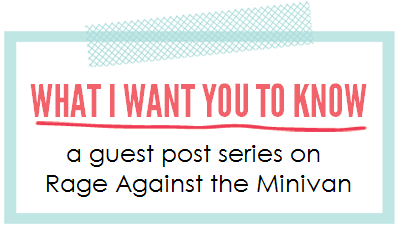 Ten years ago, my cousin took his own life. I can hardly believe it’s been that long. In ten years I have graduated from college, fallen in love, gotten married, bought a house, birthed one child, and adopted another. My cousin will do none of those things. My cousin was three years older than me and I idolized him growing up. It is a strange thing to realize that the person you looked up to for 20 years – who went before you in every life stage – will never experience all of the most significant life experiences you have had. He’ll never graduate college, never get married, never have children. It is stranger still to realize that when you passed the age they were at their death, you also sort of magically – tragically – became older than they are. Were. Are.

I was studying abroad. My roommate and I had just pooled our money to buy an international cell phone (these things were a novelty then) and I was making my first call home on our new phone. My dad answered. He sounded like he had just woken up from a nap. The way he said my name made me ask, "Are you okay?"

Then he said the words. I heard them as though they were each their own sentence. "[My cousin]. Killed. Himself."

I remember my knees buckling and collapsing on the ground. I remember waking my roommate up from a nap and asking what the number for our phone was so my parents could call me back. I remember telling our supervisor and booking a flight home. I remember holding it together on the plane, but losing it when I saw my parents waiting for me at the end of the terminal. I remember feeling behind – everyone else had been talking together and grieving for a week before I made it home. I remember feeling numb. Some of my life’s memories are crisp in my mind – walking down the aisle, finding out I was pregnant, seeing my youngest daughter for the first time. The memories of those days are still cloaked in a cloud. They are hazy with grief. Ten years later, I still feel weak at the thought of that phone call and the days that followed.

I share with you a few of the details of this story not to add drama to this post, but to try to bring a human perspective to it. Because if you do not know anyone who has committed suicide, you probably don’t understand how it feels to be one of the "surviving" family members.

If you are a surviving loved one, here’s what I want you to know:

What I want you to know is that suicide comes with lots of conflicting emotions. You feel sad for them that they were so desperate for a way out. You feel angry at them that they took their life away from you. You feel guilty – wondering if you did enough to show the person that you loved them. But you also might feel relieved. That feeling of relief comes with intense guilt and self-loathing for obvious reasons, but it also is a valid emotion. Because for so long, you anticipated it, you feared it, you expected the phone call. And now that it’s done, you get to live without that fear or expectation. You’ve exchanged that fear for grief. It may seem unfeeling or cruel, but the anticipation of the thing you dread is often just as horrible as the thing you dread. Feeling relieved doesn’t mean you’re glad it happened. It just means you feel relieved of a burden you had been carrying. I want to be really clear here in case this gets misinterpreted: If I had the choice, I would exchange that feeling of relief for my cousin’s life. I would gladly still carry the burden of fearing he would take his life if it meant I could still have the hope that he wouldn’t. Hope is sweeter than relief. Life is sweeter than death. Feeling relief is not an even exchange for not having him in our lives anymore. I share this in the hope that it might give peace to someone who is feeling guilty for feeling relieved.

If you know someone who has lost a loved one to suicide, here’s what I want you to know:

I want you to know not to say something trite just to say something. Saying, “He’s in a better place” or “At least he’s not suffering anymore” might seem helpful, but to the person desperately missing his brother, her cousin, his son, her grandson it doesn’t change the depth of emotion they are feeling at their loss. I remember vividly my aunt’s response at the funeral for my cousin when a well-meaning person accurately and lovingly said, “It’s just his body. It’s not him anymore. He is with Jesus.” My aunt said, “Yes. But I loved his body, too.” Hope for his eternity doesn’t diminish the pain for our right now. I often think about what she said when I am tucking my kids in at night. I stroke their hair, kiss their cheeks, squeeze their hands – loving their bodies for the beautiful soul-keepers they are.

If you have neither lost a loved one to suicide, nor know anyone who has, here is what I want you to know:

You might read that and think, "Of course it’s not! I would never joke about that!” And you’re probably sincere when you say that. But I want you to know that when your boss asks you to work late and you look at a co-worker and put your finger to your head in the shape of a gun and mime pulling the trigger, my heart drops into my stomach. That action reminds me of the reality that my cousin DID put a gun to his head and pull the trigger and not for something so trivial as having to work late. Or when you make the joke or laugh at the melodramatic way someone jokes about killing themselves out of embarrassment or boredom or the general miserableness of a situation – "I was so embarrassed I wanted to kill myself!" – I want to intervene and say, “What’s funny about that?” Because I know how very unfunny it is.

Every time there’s a joke on a TV show or in a movie that makes light of suicide, I want to write a letter and say, "That’s just too far. It’s not funny. It minimizes many people’s very real pain. To say nothing of the bullied teenager who is thinking about taking her life. What does a joke like that communicate to her? That her life and the thought of ending it is a joke?" But I probably wouldn’t be taken seriously because it’s such a ubiquitous punch line. I can think of several examples right now:

– The Incredibles (A KID’S MOVIE!) opens with the back-story of a man who sued the superheroes because they saved him from his suicide jump.- Scrubs has a character (Ted, the hospital’s attorney) who is constantly contemplating suicide and even attempts at one point only to end up in the dumpster after jumping off the building.- Kelly Kapur on The Office routinely threatens to kill herself in order to get attention or manipulate her coworkers.- Chandler Bing on Friends makes the gun-to-the-head gesture on multiple occasions.

And if I could sit in a room and talk to you, I would tell you all those same things:  I want you to know your life matters. It matters because you’re the only person who can live it. Your absence in people’s lives would leave a gaping hole. There is hope, even if it doesn’t feel like there is. There is a way out even if you can’t see it. Tell someone how you are feeling and get help. You have options. You have hope. You are valuable. You are loved. I pray that you get the help you need.