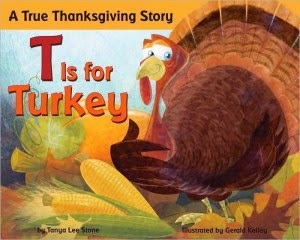 Pinecones are everywhere!  As certain as the fallen leaves, the pinecones that beg to be picked up and thrown ( hopefully not at each other) are everywhere. I decided we should create with the pinecones and what better to make right now than a Thanksgiving turkey craft ? What I love about these Thanksgiving turkey crafts is that you get to choose if you want to just do some painting with pinecones or if you want to use that painting to make a turkey craft, OR do multiple paintings and leave one as just that and create a craft with the other. Whatever you choose I hope you have as much fun as we did shaking that box and watching the paper fill with bits of color.

Gather your materials. You will need a couple of dried pinecones, some paint in any colors you want, a box that your child can handle themselves, and some great paper. If you want to turn the painting into a turkey you will also need some scissors, googly eyes, brown, red and orange paper and glue. We added some fun glitter paint for some sparkle.

Start by placing the paper in your box and adding paint.

Pop the pinecones in.

Make them roll, bang together, and generally have fun with it!

While it’s drying cut out a simple turkey torso ( do they have torsos?) , waddle, and beak.

Cut  the painting into a half circle.

Add glue for the turkey torso.

Add it and more glue for the eyes, beak, and waddle.

A Plump and Perky Turkey by Teresa Bateman is such a cute and funny book about a town that needs a turkey and the hilarious lengths they go to to find one. The town is sadly outwitted by the turkey and end up eating shredded wheat for thanksgiving. The illustrations kept my little man interested when he was a toddler but he only started understanding the dark humor at around 4. I love this book because of the humor makes me giggle. My son was a little off put by the idea of the towns folk eating the turkey and was relived when he escaped before they shoved him in the oven. I like that he is starting to understand that the meat he eats is actually a cooked animal, we take that for granted but for many young kids this is a huge realization!

10 Fat Turkeys by Tony Johnston was a classroom favorite, it’s about as silly as a book gets and the kids had no clue they were actually learning about subtraction while listening to the crazy rhymes. This won’t explain the pilgrims , or talk about the Mayflower, but it will make your kids laugh! Very cute!

T is for Turkey: A True Thanksgiving Storyby Tanya Lee Stone is a cute alphabet book with simple but accurate facts about Thanksgiving. I love that there is such a push for telling kids about what really happened and not just the closely held myths. The reader follows a long with a class play that covers all the important parts of the first Thanksgiving from the Mayflower landing on. This is a great introduction for young preschoolers. The illustrations are fun and rich so there is more than just the limited text to explore.