#TBT: The celebration of color 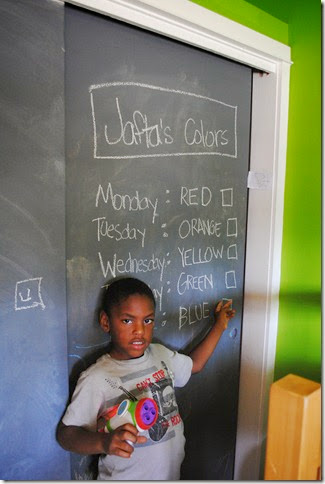 A couple of you suggested I just boycot the color thing, which would be a perfectly sane thing for a mother of four with intact boundaries to do.  However, a) I have no boundaries and an instense need to follow the rules and be liked by my son’s teacher, and b) Jafta is anxious about doing everything right at school and, if I get this week wrong, he will probably be talking to his therapist about it when he is a young adult.  He’s a little neurotic.  I HAVE NO IDEA WHERE HE GETS IT.

So, those of you who told me to ignore the color thing, thanks for nothing.  Except for potentially ruining my son’s self esteem and my standing with his teacher.  But whatever.  Rachel (commenter #12) has saved me.  Not to be confused with the other Rachel (commenter #15), whose kid’s teacher is requiring color-coordinated snacks, which is the point where I would probably decide to homeschool.

(Only kidding.  Just the thought of homeschooling these four made me throw up in my mouth a little.  But seriously, Rachel #15 – that is ridiculous.  I feel for you).

Anyways, back to Rachel #12 . . . THANK YOU for your idea.  I put the days of the week and the corresponding colors on Jafta’s chalkbord wall, and pulled all of the clothes.  Well, all of them except for pink.  I folded the clothes and put them in reverse order into a canvas bin, so each day he can pull the shirt in the corresponding color from the top of the pile.  I’m really not sure who is more pleased with this system – me or Jafta.  We were both very excited to show Mark what we had come up with, who rolled his eyes and told me I should just be ignoring the stupid color system.

YOU PEOPLE AND YOUR BLATANT DISREGARD FOR RULES.  I resent the whole lot of you.

Anyways, we made the chalkboard chart on Friday.  He was so excited about marking off the boxes that he made me do a chart for the weekend on the other side of the closet.  He has also reminded me, every night at bedtime, that he is still in need of a pink shirt for next week’s agenda.  In my mind, I thought that we could just let that one slide, because he doesn’t own a pink shirt, and I don’t need to be buying shirts just for a silly school thing.  And also: frankly it’s a little difficult to find pink shirts for boys in the gender-obsessed world of retail children’s clothes.

I held firm to that conviction for the weekend, until I spotted a shirt with a bit of pink at Target tonight and decided that it wasn’t such a big deal to buy one shirt just to complete the bin.  Then I brought it home and put it in it’s rightful spot, and breathed a little sigh of relief.

Celebration of Color, you will not beat me.

P.S.  That stuff I said up there about resenting you, and "thanks for nothing"?  I’m just kidding.  We’re still friends, right?  Please still like me and leave comments and stuff.  I’m very fragile.