The tradition of pie 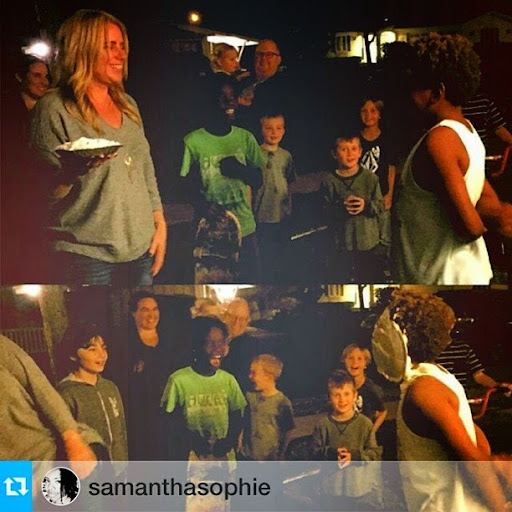 I really have no idea how this tradition started, but I would be remiss if I didn’t share photos of our annual “Jafta gets a pie in the face” tradition.

It started when he was 5 years old. I’d made a cheesecake for Thanksgiving.  I’m not sure that the kids have ever witnessed me making a dessert that resembles a pie.  When Jafta saw what I was doing, he begged me . . . I mean BEGGED ME . . . to throw it in someone’s face.  He was sure that this would be the funniest and coolest thing that could ever happened.  He even volunteered to be the recipient of this pie-throwing.

I thought his idea was amusing – but this particular cheesecake was pretty tastey and I didn’t really feel like wasting all that hard work.  Still, he talked about the pie-throwing idea all day long. After we had spent the evening gorging ourselves on various pies, there were several empty pie tins, and a couple cans of Redi-Whip.  I knew what I had to do.

I filled a pie tin with whipped cream and called Jafta into the room.

He took one look and without saying a word, he ripped his shirt off and started doing his little hopping dance that he does when he’s really, really excited.

And we’ve done this every year since. By his request, and by request of the entire family.

It just never gets old.